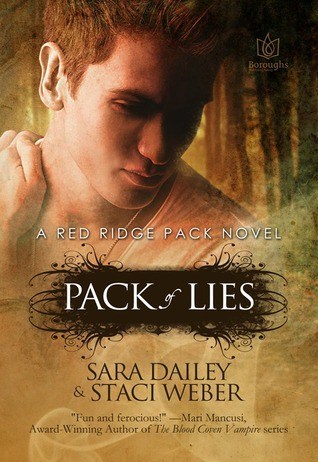 Goodreads “The last thing Allison Wright ever expected when she moved to Red Ridge, New Mexico was to come muzzle to muzzle with the wolf of her dreams.

Seventeen-year-old Allison Wright is convinced she’s losing her mind. Uncontrollable mood swings, hot flashes, and the urge to punch anyone who gets in her way are suddenly becoming everyday occurrences. Before her erratic behavior gets out of hand, Allison’s mother finally comes clean about her dark secret. Mom is a werewolf, and soon Allison and her brother Aiden will suffer the same fate. When Allison reaches her breaking point, the family leaves their life in Texas to move to Red Ridge, New Mexico where they rejoin the pack that Allison’s mother left behind almost 20 years ago.

Unfortunately, not everyone in Red Ridge is thrilled about Allison’s arrival, especially when she attracts the attention of the very handsome, very taken, soon-to-be alpha, Cade Walker. Little does Allison know, her mere presence is causing a rift in a once unified pack. Not only has Cade been forbidden from being with Allison by his father, the pack’s alpha, Cade’s girlfriend, Kendall Stuart, will stop at nothing to get Allison out of the picture. Well on her way to becoming the next alpha’s mate, Kendall expects to rule the pack by Cade’s side even if it means teaming up with a rogue werewolf with an agenda of his own. Determined to get rid of Allison permanently, when Kendall and the rogue join forces, all hell breaks loose and no one in the pack is safe, especially not Cade and his true mate.”

This book review of Pack of Lies shares why I think it’s an interesting, entertaining read that was absolutely perfect for me after finishing a super emotional book. I was a little surprised to see that it contained 62 chapters, but I read through it in two days, which would have really been a ‘one sit read’ if I’d started earlier the first day. The easy flow Dailey and Weber created made consuming the pages easy.

A Story Flow You Can Relate To

I liked the concept of this book from the get go. It was nice to get some background on Allison and Aiden before things got crazy. There was actually quite a bit of background presented at the beginning of the story and little pieces of information here and there to help connect things. Normally we just get plopped into an already-shifted wolf story, but in PACK OF LIES we see the struggle Allison was having at school with her temper and the cause of her outburst; jealous high school girls. We also get a good view of the family dynamic. Even though I thought the mother’s ‘coming out’ dialogue could have used some polishing, I had to laugh picturing the scene as she proved her story to Allison and Aiden. Moving the crew to New Mexico was definitely the right choice for the parents to make. Otherwise, Allison probably would have taken one (or two) of those snotty girls out!

The Romantic Relationship in Pack of Lies

There IS instalove, but c’mon, it’s werewolves! They have to deal with imprinting and ‘true mates’ and mystical pack lore, so you really can’t blame them. I enjoyed how the authors played out the romance. While technically it was a love triangle, it didn’t feel that way because after Cade met Allison, that was it for him. He had no desire to fool with Kendall and her selfishness. After Allison and Cade have a few sizzling encounters, his father forbids him to go near her. That causes a huge problem, one that only Allison’s mother realizes for what it is. When the secret comes out, Kendall pretty much goes insane. I almost felt bad for her because of how awful her mother was to her. But in the end, we’re all responsible for our own actions, and I was very happy with how this first installment ended.I am definitely glad that I gave this book a shot. It was a great read!

You should add this book to your TBR pile right now! PACK OF LIES released April 6, so unfortunately I probably have quite a while to wait for book two. Unless it’s already written and I can somehow get the authors to hand it over… Pretty please?