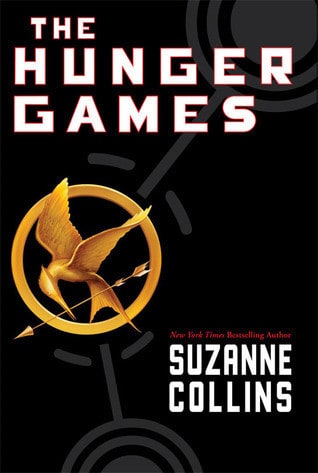 There is a very good reason why I own three copies of this book. Okay, so maybe I’m a little bit obsessed. But I think that really says something about how this book touched me and let me share it with you in my book review of The Hunger Games.

I read this series long before the films were made, and before the books were as popular as they are now. I remember it well because I was curled up at home, having a sick day from school. My Mum had picked out The Hunger Games for me at the store, and finding myself with nothing to do, I thought I’d give it a try. I spent the whole day lost in the book, and by that evening I’d finished. I was desperate to get my hands on Catching Fire as soon as possible.

The Strong Female Character In The Hunger Games

The plot follows Katniss Everdeen – otherwise known as the Girl on Fire – as she is drawn into the infamous Hunger Games. It’s an annual TV show in which twenty four children fight each other to the death. Live. When Katniss’ sister is chosen, she volunteers to take her place, and ends up going into the arena with Peeta, a boy who once saved her life. The tale shows the tear between doing what is right and doing what you must to survive.

As a teenager, I looked for books that moved me, but also books where I could love the protagonist. I found that after reading the Twilight series, and several of the prominent young adult books of the time, that what YA was lacking was strong female characters (other than Hermione Granger, of course.) That’s what partially made me fall in love with Katniss Everdeen. She was exactly what I admire in a woman – in touch with her emotions, fierce and unwilling to let her life be controlled solely by men. And when faced with President Snow, the runner of the Hunger Games, she’s willing to risk her life to rebel.

Another thing I love about the book is how close to home it actually hits. The idea of killing kids on TV as entertainment may seem like a far reach from reality TV in our culture. However, the divide between the rich and poor is evident in our society and always has been. For hundreds of years, racism has caused for minority groups to be enslaved and demeaned. The Hunger Games explores a similar idea, and though it takes reality TV to the extreme, we are no strangers to watching people suffer for entertainment. Why else would we enjoy I’m a Celebrity Get Me Out of Here or survival shows like The Island?

Aside from the political implications, the story offers an original and intriguing landscape. The land we know as America has been divided into thirteen districts, each offering a trade such as mining, lumber or fishing. The Capitol is the centre of it all – a city full of riches which exploits the Districts so that the Capitol citizens may live a lavish lifestyle. Though it takes place in the future, the premise is based on Rome and its ideals, such as gladiator fighting, so it cleverly combines the past with the uncertain future. In the brutal environment, Katniss has to figure out how to push through, and takes refuge in her District partner, Peeta, leading to a complex relationship throughout the series.

This will forever be one of my favourite young adult books. Not just because I love the plot and the characters, but also because the book has a point. So many novels now serve just to entertain, but the Hunger Games was made to open eyes, and that’s what I admire most.