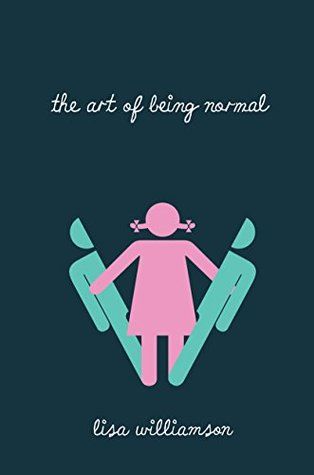 Book Review – The Art of Being Normal

I wasn’t sure what to expect from The Art of Being Normal. I’ve had this book for a while, and I put of reading it for some time. Mostly because I’ve become very wary about books focused on being transgender.

Not because the stories are bad, or unimportant. Mostly because they tend to be very similar. It’s only been two weeks since I read Meredith Russo’s debut, If I Was Your Girl, and so I was worried the storylines would be too similar.

However, this story gave me a very pleasant and refreshing surprise that I will share in this book review of The Art of Being Normal.

The story follows David and Leo. David wants to be a girl, and Leo has moved schools after his biggest secret forced him to run away from his past.

When Leo stands up to the school bully, he and David find themselves in one another’s lives more and more.

Getting to Know the Main Characters

I think it may be because I look for plot twist clues in every book, but I guessed one of the biggest plot twists early on.

However, it was a twist I loved. [Spoilers ahead!] I very much enjoyed getting to know Leo as a character before it’s revealed that he was born as a girl. I think it meant that there was more to him and his tale than his gender, whereas a lot of David’s story was based on gender struggles.

As someone who has written stories with trans main characters, it’s easy to see the similarities between all the stories dealing with the issue.

It’s often the case in LGBT fiction at the minute, and it’s not a bad thing, but it was nice to see an LGBT character whose story was more than their gender/sexuality because that’s the reality of it – people are not defined simply by their gender or sexuality.

That’s possibly why Leo’s character was my favorite. I loved getting to know him and finding out why he was so closed off. I loved the vulnerability of him – Williamson had it spot on.

The Friendship that Evolves in The Art Of Being Normal

Another part of the story I was in love with was David and Leo’s friendship. Both of them are having a pretty tough time.

David’s loneliness is overwhelmingly potent and heartbreaking, and every time Leo opens up, he gets shot down. So when they started to come together as friends, that’s when the story really came alive.

The way they rub up against each other gives the story its light and its humor.

Because despite the themes, and despite some of the really sad scenes, this was a really fun book at times.

I’ve said it before, and I’ll say it again – a book that can make me both happy and sad is a good book.

This is my favorite trans young adult book that I’ve read. I hope to see more of Williamson’s work cropping up in Waterstones soon.