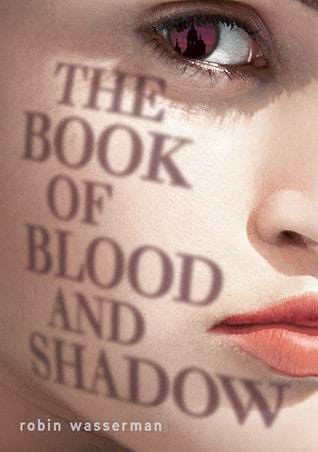 The Book of Blood and Shadow

It was like a nightmare, but there was no waking up. When the night began, Nora had two best friends and an embarrassingly storybook one true love. When it ended, she had nothing but blood on her hands and an echoing scream that stopped only when the tranquilizers pierced her veins and left her in the merciful dark.

But the next morning, it was all still true: Chris was dead. His girlfriend Adriane, Nora’s best friend, was catatonic. And Max, Nora’s sweet, smart, soft-spoken Prince Charming, was gone. He was also—according to the police, according to her parents, according to everyone—a murderer.

Desperate to prove his innocence, Nora follows the trail of blood, no matter where it leads. It ultimately brings her to the ancient streets of Prague, where she is drawn into a dark web of secret societies and shadowy conspirators, all driven by a mad desire to possess something that might not even exist. For buried in a centuries-old manuscript is the secret to ultimate knowledge and communion with the divine; it is said that he who controls the Lumen Dei controls the world. Unbeknownst to her, Nora now holds the crucial key to unlocking its secrets. Her night of blood is just one piece in a puzzle that spans continents and centuries. Solving it may be the only way she can save her own life.

This book. You guys. THIS BOOK. UGH. It’s really good. Um…let me try to expand on that. It’s kind of amazing. No? Okay.*

I have a few confessions to make before getting into a “review.”

Confession number one: I have never read a Robin Wasserman book before. I’ve tried. I’ve started more than one and it’s not that they were bad. Quite the opposite. The writing was fantastic. It’s just that the subject matters weren’t really my thing so I sort of gave up. But as I stalk her on Twitter and want to be her BFF I felt that this would be forgiven. Especially because as soon as I heard the premise of THIS book I knew it would be the one to blow me away. And you guys? It totally did.

Confession Number Two: One spring night, as an optimistic college freshman, I sat across the street from my dorm on the side of a huge planter behind our student union reading a history text and I looked up at the stars and declared, in the way that only an optimistic freshman can, that I would change my Journalism major to an Archaeology major and I would crack codes in ancient manuscripts and I would discover lost artifacts and I would be world-famous for my numerous contributions to the modern world! It would be so exciting! Then I changed my major to English and now this is my life. But you can see why this book had me totally psyched.

So here’s what you should know. Robin Wasserman’s book reads like a young adult version of The Da Vinci Code with a few notable exceptions: One, it’s written well. Two, she does not rely on cheap gimmicks to keep you turning the page. Like, for instance, chapters do not end in the middle of an explosion. Really, it’s a bad comparison to make. What I SHOULD say is that Robin Wasserman’s book reads like a better version of The Da Vinci Code in the whole fiction genre as a whole. It’s smart, it’s well-written, it’s sharp. This is the kind of book that you give to nay-sayers to explain what good things are happening in YA and why they should shut their mouths. It’s not a watered-down, happy story. People die. Stakes are high. There is blood and there is religion and there are fights and it is AWESOME.

The story is based around the Voynich Manuscript, which actually exists, and which is full of codes and secrets. In Wasserman’s book, the kids break the code, thanks to seemingly inconsequential correspondence, and discover that two warring religious factions are after those secrets for two very different purposes. With the secrets they can build a device that will allow direct communication with God. One group believes this will lead to disaster and that if God wanted to communicate directly He would have allowed for it already. The other group believes God was just waiting for humans to figure out His secrets. And Nora and her friends are stuck in the middle.

This book will leaving you guessing to the end about who to trust. Just when you think you know she’ll turn the tables again. It wasn’t until I was about 75% of the way into the book that I was like, “Oh, yeah, I know.” And I did. But even then there were still surprises. It’s a fantastic mystery novel, a fantastic suspense novel, and a fantastic novel overall.

I have one complaint which has nothing to do with the writing at all and is probably not so much a complaint as it is a recommendation: I’d suggest that when (when, not if) you buy this book, you do so in hard copy. I’m not sure if it was just the ARC copy of the e-version or if it’s the e-version in general, but it looks as though there are photocopied pages of the manuscript and they didn’t come through on the Kindle. I felt like I was missing something. So, this may be one you want to hold in your hands. You know. WHEN you read it.

*I realize that a majority of my reviews involve gushing praise, but that’s because I typically only review books I love.